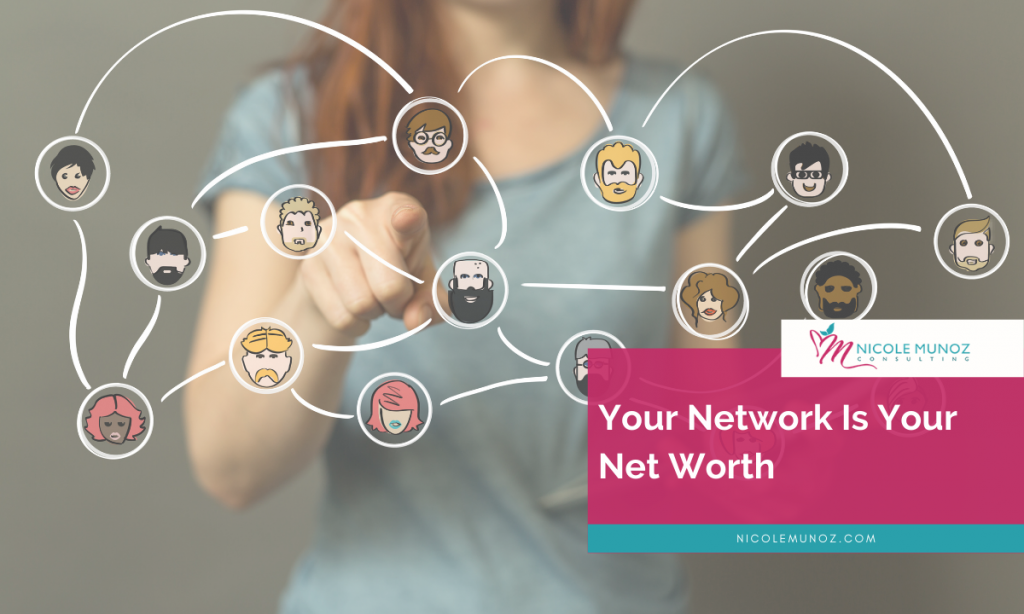 Good questions. So, I’d like to share that story with you. When this all happened to our business in 2012, we were still serving as missionaries in Puebla, Mexico. But, in going from $47,000 to $6,000 a month, we no longer had enough to cover our main business expenses, much less our family expenses. We ended up having to pick up our entire family, our seven kids, and go back to California where we actually lived for a year while we tried to figure out how we could rebuild this business from scratch.

Yes, it was that much of an impact on our lives. We actually had to physically pick up and go back to the United States for a whole year while we figured this out. One of the things we kept in mind during this time was the power of speaking at live events. People would always say that, if you’re wanting to get business, speaking at live events was one of the best things you could do. So, I opened myself up to that experience and I booked as many meetings as I could for the next 12 months while I was living in the States.

The other thing I focused on during this time was building my network. After all, building your business really is the same thing as building your network. So, I looked for all of the different local events I could find in the San Diego area. And for every event I could, I submitted speaker applications

— and a majority of them got accepted.

I also went to my Facebook profile and I found any friends, anyone at all, that was in the San Diego area, and I contacted them, asking them if they wanted to go to lunch. Let me tell you, I took a lot of people to lunch in those first three months. This was actually the best decision I could have made and was responsible for turning everything around.

I also tried something else. I would look for “Meet Ups” and go to 1-3 different meet-ups every single day. And, let me tell you something else, this was definitely a mistake. I came across as desperate for business, and that is the opposite of what you need to do if you really need business. Of course, I was desperate. We were looking for a way to rebuild our business very quickly so that we could come back to Mexico and continue to serve as missionaries.

I was pretty crazy about these meetups. Sometimes I even went to a three in a single day. That was really crazy. But what I found is that all these Meetup events are filled with realtors, insurance salespeople, and financial consultants. All of them are looking for clients. None of them had any money because they’re at these free events. Of course people attend free events because they don’t have money. That’s why they’re going to free events. And everyone that’s going to the free event is trying to network and find someone to sell their product or service to, so free events are literally filled with realtors, insurance agents, independent consultants, like Mary Kay, and financial advisors. Literally, that’s everyone who’s there. But, I didn’t give up because that’s what everyone said you needed to do.

So, I would go to these live events, these Meetups and I would meet people to network. But none of them had any money, so they couldn’t hire me. I kept going, however, because I was trying to figure out what I was going to do. How was I going to pivot?

Desperate for an answer, I started inviting people out to lunch. These were people that had been in my network for a long time, like Facebook friends and other successful business owners. But they were also new people I was meeting. At each lunch, I would say, “Hey, this is what happened to me. What advice would you give me?” And they, of course, all had different advice. Regardless, I tried to do everything they said.

If there was one common thread within all of their advice, however, it was to go speak at events. This was the key, they said, because people look up to speakers as experts, which means that they’ll be more likely to want to work with you. So, I became a speaker, using what leverage I could at events to try to garner new business. But, what I didn’t realize was that those people in the audience were not my target market. Even though these people had money to pay the $1500 or $2000 they needed to attend, they actually were employees at large corporations; they were not entrepreneurs, or even interested in entrepreneurs.

They weren’t business owners. They weren’t people that were looking to purchase services. If they want to purchase services, you have to go through an invoice system, you have to go through a proposal process, bid for the project, and meet with, maybe see the CEO. Even though everyone loved my presentations, they would line up afterwards to get more tips and advice, they would even fill out my email form, I still wasn’t making sales. Sure, I was building my email list, but that wasn’t translating to money for me.

Eventually, I was able to get in front of a couple CEOs. I remember specifically meeting with one CEO in Seattle in particular. His company was a few hours away from the event I was at but I couldn’t say no to the opportunity. So, there I was in the boardroom, pitching the CEO, and he’s like, “Well, how is this any different than what these five other companies are doing?” And, to be honest, I didn’t know. I wasn’t any different because, at the time, I was a commodity. I was offering the same exact services as five other companies.

Infusionsoft; they’re sort of my partner. Once you get certified with them, I’ll be able to refer business to you.” Sure, it sounded good, but the next Infusionsoft training wasn’t until January or February of next year — and it was only June.

So, in the time between, I spent my time doing all the wrong stuff to build my business. And, man, do I wish I had had a coach or mentor to tell me the right thing to do at the time. That “right thing”, of course, was to get speaking engagements at events with people in the audience that were actually my target market: entrepreneurs.

I knew I needed to become an Infusionsoft certified partner like my friend had said. But, I was a little intimidated because even though I had owned the software since 2009, I barely used it — and now it was 2012. Still, I went to the training at the Infusionsoft headquarters in Arizona to learn how to become a “partner”. I really believed that the training that I was going to receive was going to teach me how to use the software. Surprise! They don’t teach you how to use the software!

Instead, they teach you how to sell the software, building up a foundation of independent sales representatives that earn commissions. So, if you’ve ever hired an Infusionsoft partner and then realized they don’t know anything about Infusionsoft, it’s because they haven’t been trained on the actual software.

Anyway, I got certified, which meant that I now got to help my friend do the kick-start training Infusionsoft was outsourcing every time they got a new contract. So, now I’m on the phone and talking to people about how to use Infusionsoft even though I barely know how to use the soft-ware myself. Not a problem. So, I’m on the phone calls and, thankfully, everything is usually quite simple. Most people ask the same questions every time about setting things up, uploading contacts, and creating basic templates. But, occasionally I would have someone that would be more advanced, and they would ask me a question that I had no idea about. I would have to say, “You know what? No one has ever asked me that question before! I will find out, and I will get back to you next week.”

These people actually found my answer to be very helpful. They even felt smart because they had asked an intelligent question, something I couldn’t even answer. Of course, I was brand new, but I didn’t tell them that. I ended up training over 100 new users on Infusionsoft, which is about 400 hours of training! With all that time invested, I did become an expert. And, even better, I got to talk with a lot of different people and business owners, from dog trainers to lawyers, and learn how they wanted to use Infusionsoft.

In a fairly short amount of time, I became confident enough to say that I could help anyone with anything about Infusionsoft. I had reinvented myself, pivoting from SEO to marketing automation. Now, because of what I learned, I can help my new clients launch new businesses, to grow, to automate, and to scale, using Infusionsoft as their primary system. 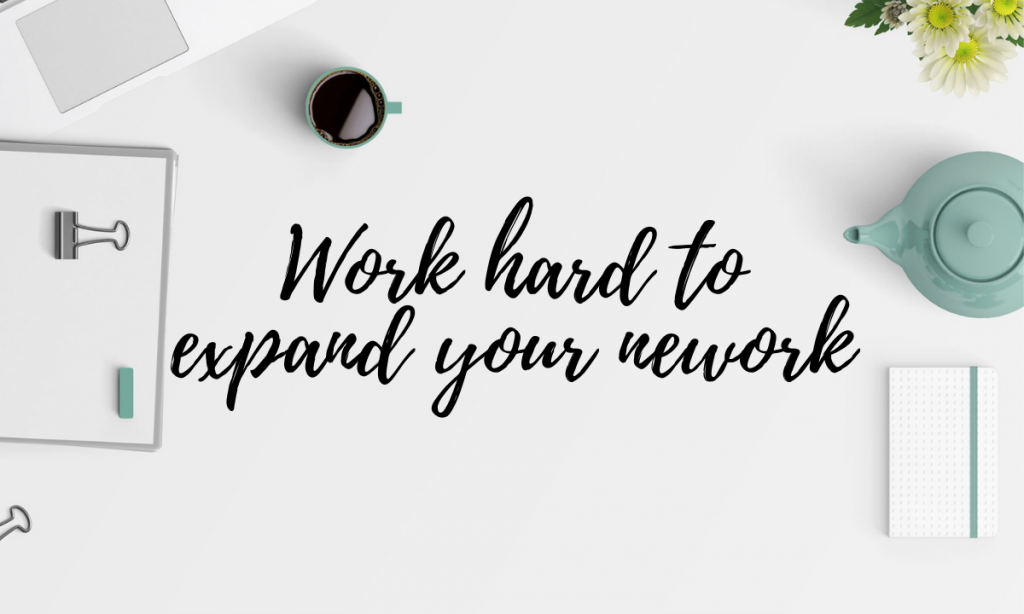 And I wouldn’t have found this opportunity if I hadn’t worked so hard to expand my network. Remember, your network really is your net worth.

None of this would have happened if I hadn’t put myself out there and called up everyone in my network and said, “Hey, can I take you to lunch?” Or if I hadn’t attended all of these meetings and events, moving through the weeds until I finally found what I was looking for. Never take your network for granted. Any time that you invest in other people or give back to others is helpful. It’s never a waste of time, even though it might feel like that every now and then.

When I first started out, the number one way that I would get customers is just getting into online forums and answering questions. I was just giving back and being helpful to them — and that is absolutely what you can be doing right now. No matter where you are in your business, even if you’re at your lowest of lows, reach out to your network. See how you can contribute to them, answer other people’s questions, provide value, and put yourself out there. You never know what can happen from doing that.