Have you ever been faced with making decisions for your business and you just weren’t sure about what the right decision was?

Or, maybe, you weren’t sure about the risk that was involved?

Or you couldn’t tell if it was going to pan out or not?

We’ve all been there. But, when this happens, it paralyzes you from making a decision. And when you don’t make a decision, then it’s the same as saying no, the same as not going forward. 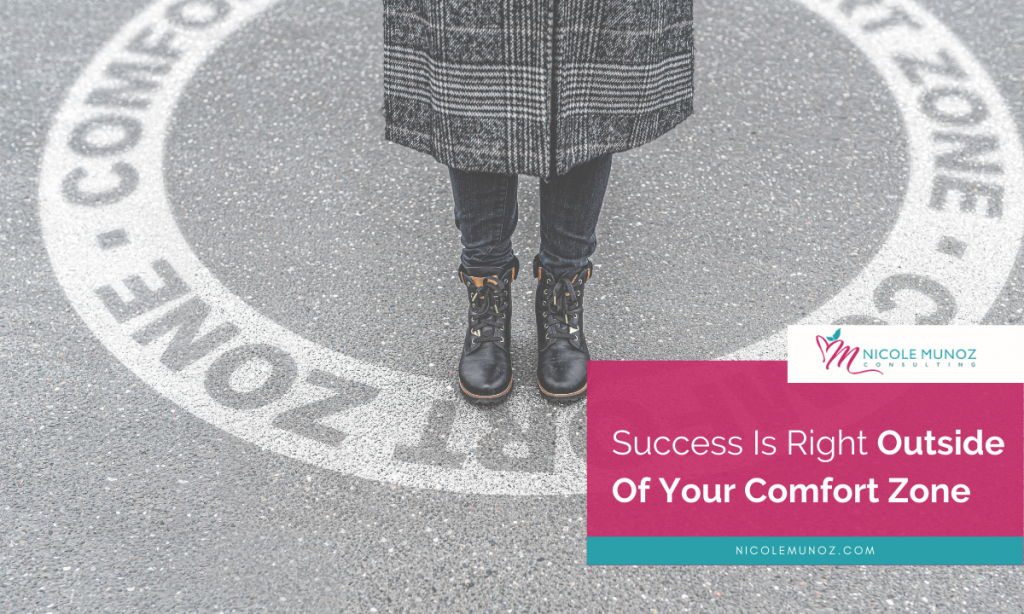 Have you ever been in a place in your business where you were in a low place and you found yourself wondering if you could even make payroll for the six or seven people on staff?

Have you had that feeling in your stomach where you wonder if you’re really going to be able to make this work?

Have you ever tried to launch your own product or course, putting something out there and, after the work, you get no responses?

You’ve spent hours and hours creating an offer, building templates, and recording a video series, and you’re convinced it’s going to be amazing. It’s really going to help people! But, then, you put it out there and nobody wants it. Nobody opts in.

If you do… then this is for you!

Maybe you spent six months building this amazing funnel because everyone tells you that you need to have this amazing automation funnel to get people to buy your stuff.

And if you only have a perfect funnel, then you’re going to be able to be successful. So, you spend six months building it and when you launch it…crickets.

There’s nothing. No one buys. Now you’re feeling like a failure. You wonder…

“Will this ever work out for me? Am I ever going to figure this out?”

You get scared and you begin to doubt if you’re ever going to be successful.

There’s a saying that goes, “Success is right outside of your comfort zone.” 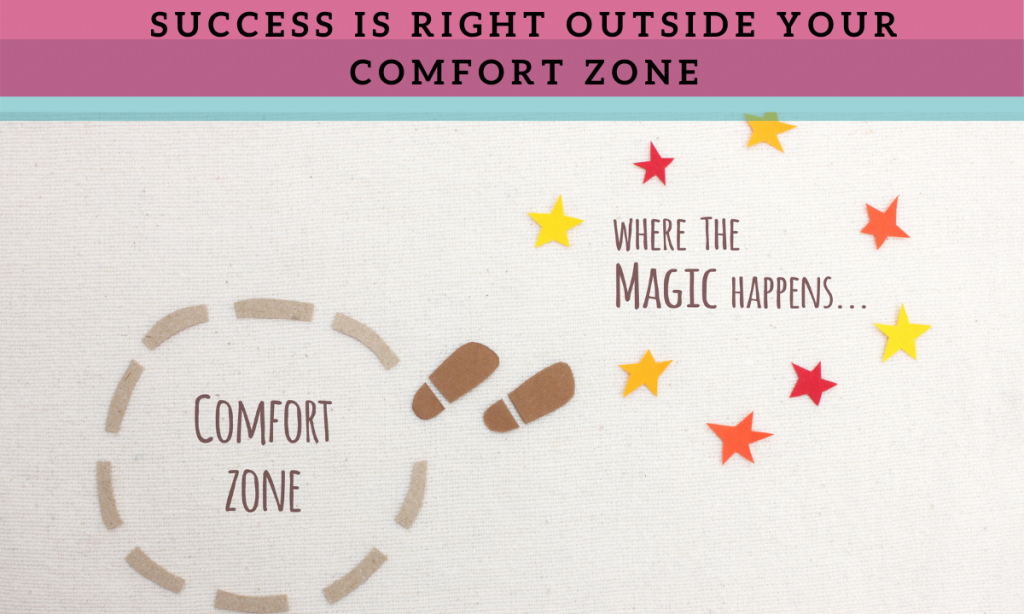 A few years ago, I was focused on scaling my business. So I did what most business owners do. I started to look around at what everyone else was doing so I could copy… oh, wait, I mean emulate them…. 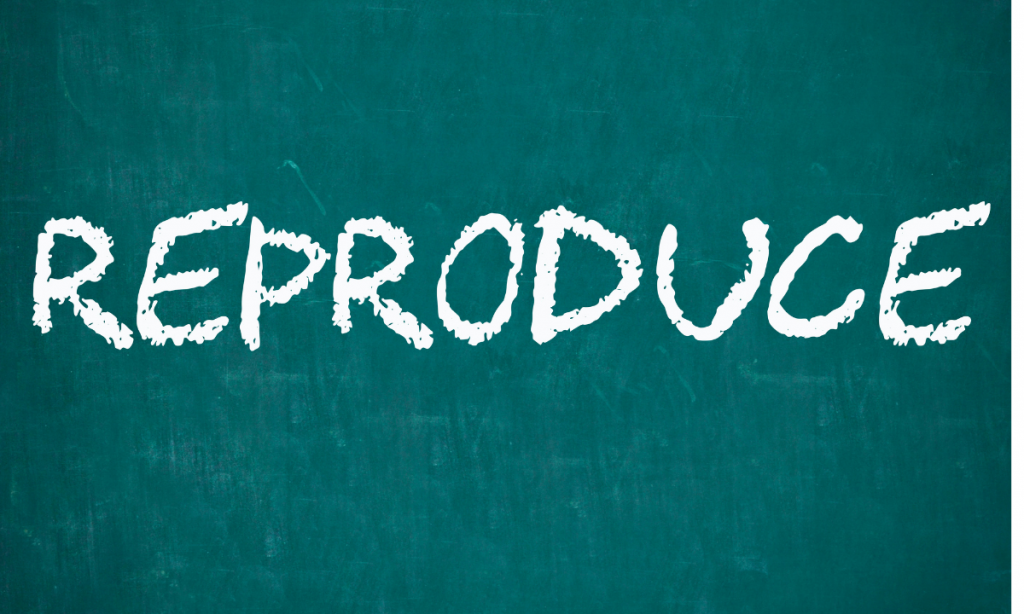 As I looked at the things they were doing in their business, I’d think to myself…

I decided that it might be time to start listening to my mentors. After all, I didn’t need to reinvent the wheel. I tried to figure out what I could do to try to push myself to live outside of my comfort zone. So, I found this little trick that helps me, and I’d like to share it with you.

I recently had a feeling, again, working on something with one of my coaches. They challenged me to make a decision in my business. They could see that I was sort of resistant. So, they asked how I was feeling. I said, “Well, it’s kind of like the time I jumped off a cliff.” It felt kind of scary… but it feels good. It feels like this is outside of my comfort zone and this is the direction I want to go to. So, just because I don’t feel safe and secure, that doesn’t mean it’s not the right decision. It doesn’t mean I can’t go forward with it because success is always just outside of my comfort zone.

I remember when we first started getting involved with online marketing in 2002. I showed my husband a program for $50 about how to start a Yahoo Store, an e-commerce business. Back then, $50 for us felt like the world. It felt like a huge investment because we did not have extra money for anything. We barely had enough money to eat. When we first went to Mexico, I actually taught English classes for fifty cents. I had five students and from those five students, I earned $2.50. We took that money and bought eggs and tortillas. It was basically the money we used to buy food with that day. So, spending $50 in 2002 was huge.

One of the objections we had to investing the $50 course is that we did not know if it was going to work or not. We decided that even if it never made any money, it could be a hobby – something to do to pass the time to learn something new. And it worked out really well. As I was running the e-commerce business, the person from the program sent me an email selling me another program for $297.

Making the decision to invest $297 was easier. First, we had money from the business to invest and we were no longer just surviving. We had put into action the things we learned in the $50 program and we were making $3,000 a month. They said that somebody else who bought the same course as I did, at about the same time that I did are now doing $10,000 – $50,000 a month. But they had a strategic advantage. They knew how to do something called SEO (Search Engine Optimization). And the two of them got together and created a course on how he did it and, for $297, they would teach me everything I needed to know about how to get to the top of the search engines.

And so I had a discussion with my husband and my dad, going over whether we should invest $297 in this new course. The consensus that came back was that since it worked out the first time with the $50 book and now you make $3,000 a month, why not go ahead and buy this for $297 and we’ll see how that goes. If it worked out the first time, it’s going to work out the second time, as well.

So, I did that. We invested $297 and we took it very seriously. That was a lot of money for us. It still is today.

I started putting everything into practice. I learned Search Engine Optimization and we were able to grow our business from $3,000 a month to $30,000 a month. But, since this is an e-commerce business, most of the money goes into paying for the products. The profit margin is actually quite thin, but we’re still making money.

In 2006, I got another email from the same people from the course saying that they’ve now put together this membership site to get training from top people and access to four live events a year. It sounded great!

The $50 investment turned out great, the $297 investment turned out great, so I had a feeling this next step would be the right decision, too. Then, I looked at the price of this one. It jumped from a one time payment of $297 to $9,600 each year. At the time, that was more than two years of my college education. And, to make the decision even more difficult, the launch date for this program was the exact same date as when my twins were due. As these thoughts crossed my mind, I started to feel heavy with all of the reasons why this program wouldn’t work. My husband and I had three kids with twins on the way — this is not something I would have time for!

So, the product launched and I chose to not buy it. Three months later in January, I had five kids ages five years old and under. I got an email from someone that I had purchased a software tool from for SEO, who was an affiliate of this membership site—someone who promotes the products and services, and when you make a purchase from them, they get a commission as a referral fee.

He said that he was going to be an affiliate for the membership site and they’ve offered to invite people to come in through him since it was already closed. I thought I had things down with my kids, so I had another talk with my husband and my dad and asked them what they thought about it. It’s a big decision. Again, the consensus that came back was that since it worked out the first time and the second time, why not buy it for just one month and see how it goes.

For example, one of the very first things that I learned in that program was that if I can pay someone else $5 an hour to do something and I choose to do it instead, then I’m the one making $5 an hour. It rang true to me! Why would I do $5 an hour work if I can hire someone? So, I did. That person ended up being with me for over 10 years helping me in my business. Just little things like that which you don’t see as an entrepreneur.

They sold the program with the idea that they would teach me how to get better rankings in the search engines… but they didn’t give me just that. They gave me the confidence that I needed and the mindset required to succeed. They connected me to a community of entrepreneurs. In one phone call, they helped me to grow my business five times over. Five times! This is all from one phone call and from one person who I met in that group. And that phone call didn’t cost me anything.

You never know where things are going to lead, which is why it’s so important to be willing to take a risk. You have to be willing to step out of your comfort zone, to go forward in your business. Make that investment in yourself so that you can grow your business to have an amazing next year!