Most people don’t understand how I got started in online marketing. As a missionary in Mexico, people seem to think that the two don’t go together. In reality… 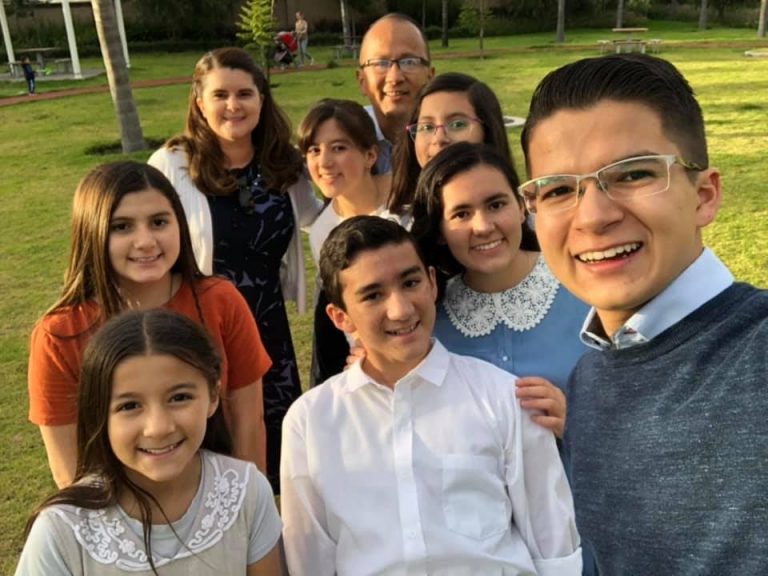 I stumbled across an ebook called, “How to Start a Yahoo Store.”  The book was about how anyone could start an ecommerce business online without actually having to invest thousands of dollars in products. The e-book cost $50 and, at that time, that was a huge amount of money for us, especially for a book. But then I thought to myself…

“If I could just make an extra $200 a month that would be amazing.

I would be able to go to Starbucks whenever I wanted.

I would be able to buy a dress every now and then.

I’d be able to give to our church when needs came up.

Plus, I’d have a little something to do right now to pass the time while I’m stuck in bed!”

So, I bought this seemingly expensive e-book, “How to Start a Yahoo Store” by Andy Jenkins. While reading, I kept focusing on one thing in particular, and it kept showing up again and again. By the end of the book, my major takeaway was…

“Wow! This guy really doesn’t know how to spell.”

The entire book, from front to back, was filled with spelling errors. Of course, I managed to overlook the misspellings, focusing on the author’s explanation of how to get started with an online store.

One of the things he said to do was to create an excel file with all of the information about your products, making it easier to upload the products to your website in bulk. At the time, I didn’t even know what an excel file was! I went to Bible College in a pre-digital world! Only one young man in our entire school even had a laptop back then!

He went on to say that you get the products you sell from people or companies called “dropshippers.” These dropshippers buy products in bulk and then store them in their warehouse, but they don’t directly sell them to consumers. Instead, they allow their resellers to put the products on their websites, making money on the large orders and the small margin of markup. This is how, it turns out, you can sell other people’s products without investing in any inventory, which means no monetary investment up front.

As I was learning all of these things from this e-book, I was definitely a little intimidated. The e-book was very long, detailing everything you needed to know about how to run a successful online business. It also included the author’s story about how he successfully built his own business.

Of course, as I read about his 8 successes, all I could think was, “Man, if this guy, who doesn’t even know how to spell, can launch a successful e-commerce store, well then I definitely can. It’s not rocket science.”

I was so inspired by him that my husband and I launched our first e-commerce site in 2002. Almost immediately, we started generating about $3,000 a month in sales, which was a huge amount to me at the time. Needless to say, I very quickly reached my initial goal of earning an extra $200 per month.

At a conference a few years later, I was able to finally meet the author of that e-book, Andy Jenkins. Who, despite the spelling errors in that e-book, is brilliant. I told him the story about how he inspired me. He shared with me that the reason the document had a lot of spelling errors was because he had uploaded the wrong file, not the one he had edited, on the day he launched that course.

What a great example of that saying,

In 2002, I was living in a third world country, living in Mexico with dial up Internet. But I kept saying to myself, “If Andy can do it, I can definitely do it, too.” That’s the message I have for you today: “If he can do it, you can, too.”

My question for you is: What’s stopping you today from growing your business or from starting a business?