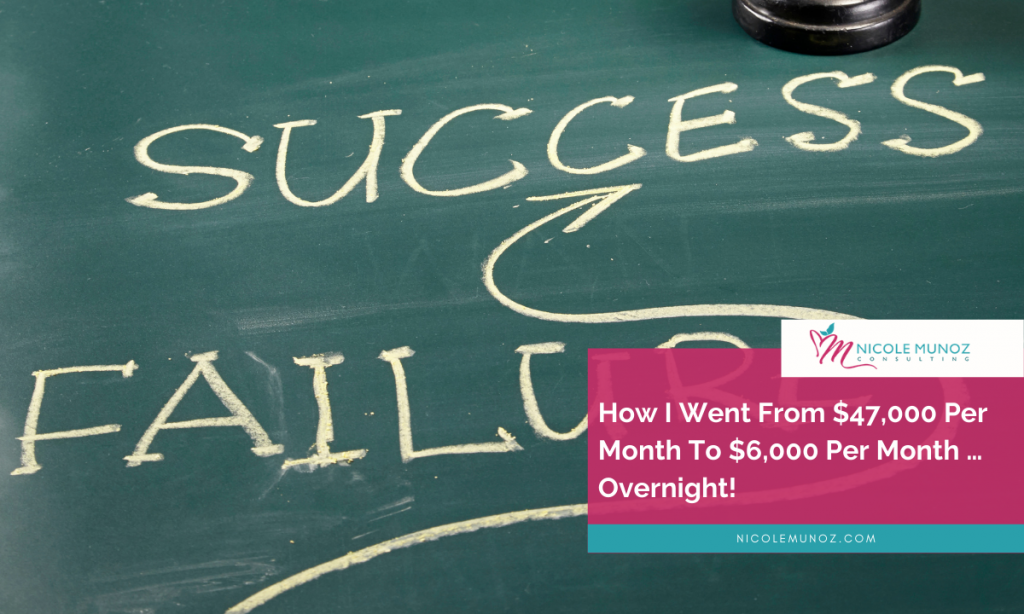 Failure is part of success today.

Back in 2012, I was running my search engine optimization company that helped my clients get top rankings in the search engines for their websites. It was actually very easy because I had built up a network of over 80 different websites, and I had a large team of content producers and link builders who worked overseas. We would mass produce content around specific keywords, publish this content on my privately owned network of websites, and, anyone that came on as a client, we were able to get them rankings on demand.

But in June of 2012, Google got a little smarter. Google figured out how easy it was to get SEO rankings, and they changed the algorithm. The “algorithm”, for those of you who don’t know, is what Google uses to decide if a site should rank high in the search engines or not. Up until this point, my company had survived many different algorithm changes. But this time, when they changed it in June of 2012, it was a larger change. And then it changed again and again, almost immediately one change after another. When this happened, we saw all of our clients’ rankings, rankings that were previously #1 for all of their keywords, rankings that were getting them hundreds of thousands of dollars every single month, completely disappeared.

Now I’d like to say here that all of my clients knew exactly what I was doing to get their sites ranked high in the search engines. And they knew exactly the risks of Google changing their algorithm. Most of my clients were also very good friends of mine, people that I had known for years and been working with for years. So, when this started to happen, when all of a sudden Google changed the algorithm and rankings started dropping, my phone would ring. And, inevitably, it would be one of my dear clients informing me that they had to fire me because they had just basically lost their entire business. No rankings, no sales. They simply couldn’t afford to pay me for our services because their business was no longer making any money.

They would tell me that, as soon as we could figure out the new algorithm so that we could get rankings again, maybe in the next three to six months, they’d be back. They had loved working with me. But, right now, they had to leave — and take their money with them.

This continued to happen again and again, clients leaving left and right. And then, while in the middle of a church event conference in California, I suddenly realized that our income had now dropped from $47,000 a month to $6,000 a month. It had all happened within a span of just two weeks. And it was devastating.

I had a large team at the time, which meant I had to start letting people go. We had a lot of recurring services to support our network of domains. We had a lot of different software tools that we were using. A lot of them had 12 month contracts, and so just because we lost the revenue doesn’t mean we lost our expenses. So, we still had the same amount of out of pocket expenses, but we no longer had the revenue to be able to pay for all of those different tools, network of domains, and staff that we had.

And it was a very, very, very low point because at that time I was very plugged into the search engine optimization industry, and pretty much all of the people that knew how to get top rankings were my good friends. They were in my circle. And when that algorithm change happened in Google, nobody knew what to do, unlike all of the previous changes we managed to survive. Normally we were able to spend a week or two figuring it out. But, in June 2012, it didn’t just take a couple of weeks, or even a couple of months, to figure out how to get our clients ranking in the search engines again.

That experience was devastating because all of a sudden I went from being able to provide value and be helpful to my clients, to feeling like I was the cause of them losing their businesses. And even though I was able to help them make hundreds of thousands of dollars for years, I couldn’t help but feel like a failure in that moment.

How could I ever recover from this?

I was used to charging large amounts of money on a monthly basis. Now what will I do? How can I even charge $20 an hour? For what? What can I offer now?

It was because of this complete devastation, however, that I managed to make a big pivot in my business. I knew that I no longer wanted to offer search engine optimization services — and I never have again. I never again wanted the service I was providing to be the reason a client loses their business. So, I never again took back that roll of offering search engine optimization services. We ended up pivoting so that we started to offer funnel building services and marketing consulting. This eventually led to becoming a certified partner with Infusionsoft and us building out marking automation funnels.

But, of course, there was a transition time when that was happening. And I tell you this today, because since then, my business has recovered. Since then, I’ve been able to launch multiple six figure

businesses. Since then, I’ve had clients that have paid me over six figures to help them with their marketing. One client alone, paid over $250,000 a year for almost three years for me to consult with them on their business. But, at the time when I was going from $47,000 a month to $6,000 a month, I felt like a complete failure and I wondered how I was ever going to recover from this. 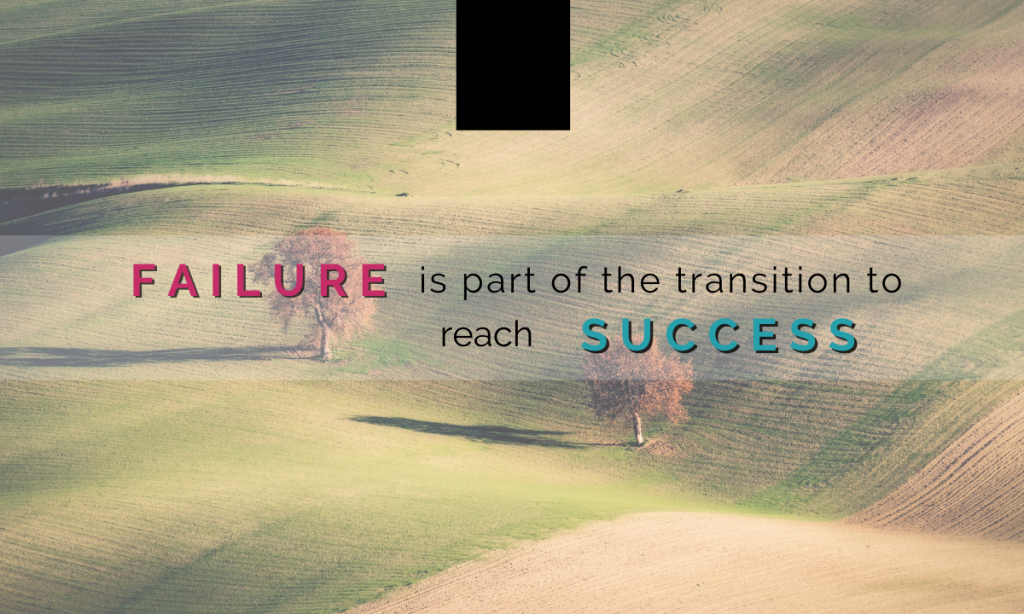 Today, I am very protective of my business. My clients think of me as the one that keeps their company safe. And that’s the job I want. I want to protect my customers’ businesses, and that is a result of the experience that I had back in 2012. Without that experience, I wouldn’t be doing what I’m doing today.

My life right now has changed significantly because of the experience that I had when my business went from $47,000 a month all the way down to $6,000 a month. And I’m so grateful for it. If you’re in a situation where you are failing right now, remember that you don’t have to stay there. You can always pivot.

Ask yourself: How can I turn this around? How can I learn more or different things? How can I invest in myself so that I can provide even greater value?

And above all remember, failure is a part of success!